During the year in review, the focus was on developing the work of supervisors, promoting working ability and workplace wellbeing. Also new collective agreements were negotiated. Vocational training for the railway sector moved to Kouvola.

During the year in review, the work condition barometer stood at 3.57 (compared with 3.42 in 2012). A total of 70 per cent of all employees responded to the personnel survey (compared with 64 per cent in 2012). The higher response rate shows that staff members want to influence and participate in the development of their workplace. 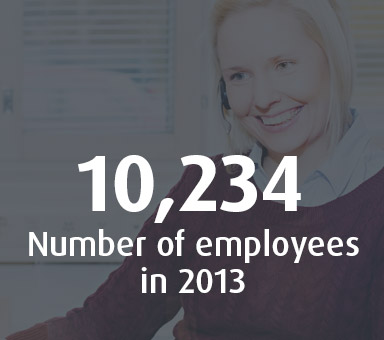